Fishing in early June has been pretty good. Weather has been all over the place. We’ve had a couple of days above 90 degrees and several where we didn’t crack 50. Water temperature has gotten as high as 72 degrees and dropped as low as 57 degrees all in the month of June. Today the water temp is 65 degrees. Most of the month has been pretty windy as well. Check out below some of the highlights of the month… 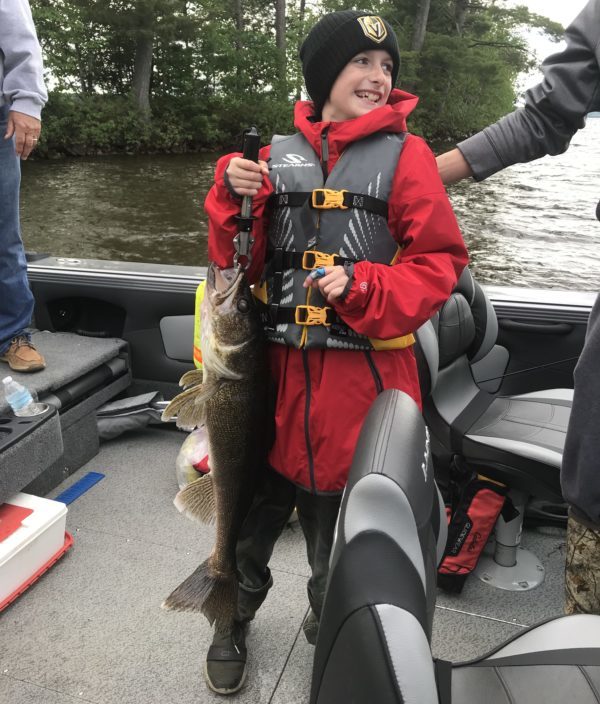 Dominic Carboni (10 years old) caught this 11 pound, 30 inch walleye on a crawler harness. He was so excited! Most of the walleye have been caught in 10-14 feet of water on sandy flats using leeches or crawlers. Lindy rig spinners have been the ticket. The hottest place this past week has been out in front of Birch Forest Lodge. The best drift pattern has been to start about 100 feet off the end of the last buoy on the point where it is about 16 feet deep and drift (or troll) out to the unmarked rock pile (5 feet deep) straight out from the other point. 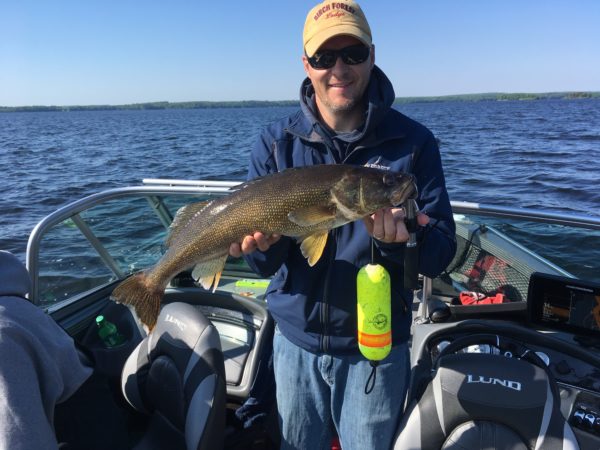 Just this morning I was able to catch this 28 incher along with a 25 and 23 inch walleye! Altogether we landed 14 walleyes in our boat by 11 am. 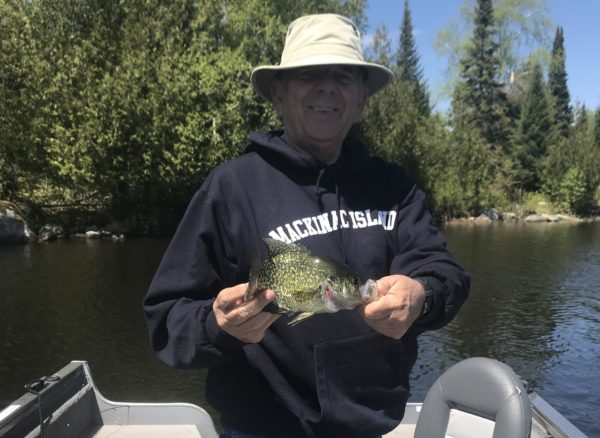 Loads of good crappie caught lately. Beetle spins have been good. Bobbers with minnows are good. And several were caught with leeches. The crappie fishermen have had their best success when fishing along reeds and over weed beds. 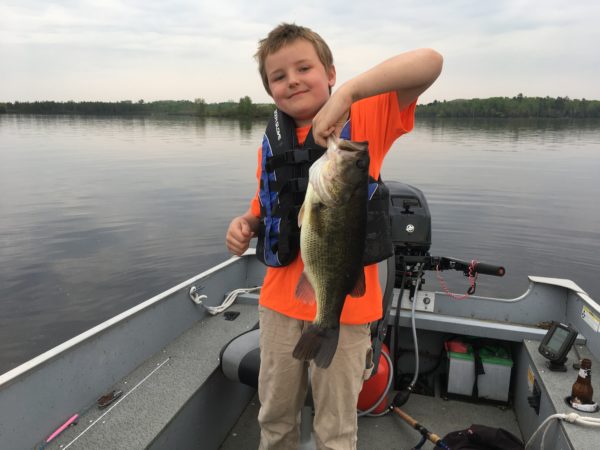 Bass (especially largemouth) have been pretty good on soft plastics. Senkos (5 inch style) have been best. Critter baits, swim jigs and leeches on a red hook have also worked well. 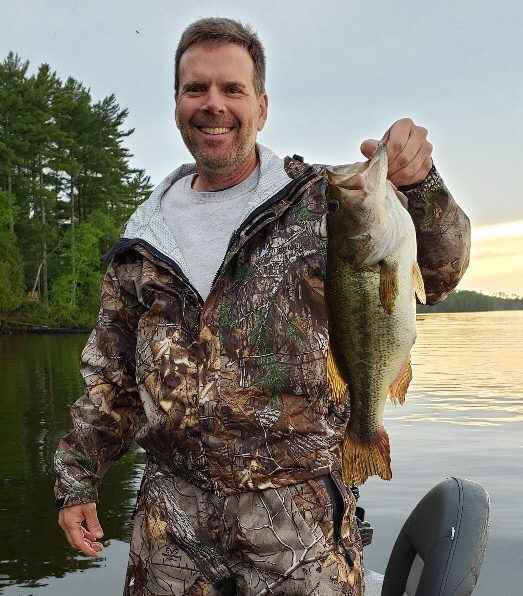 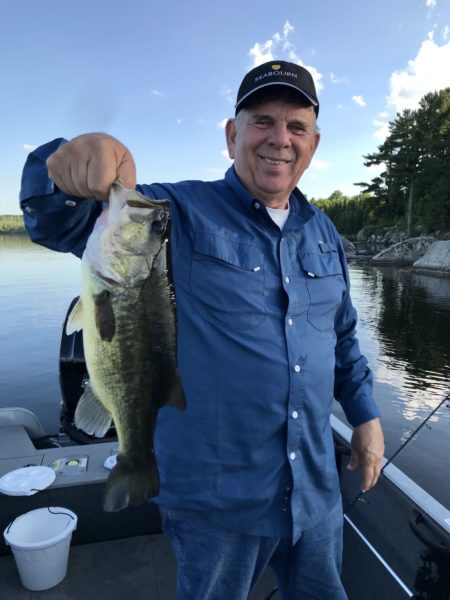 While the smallmouth bass bite hasn’t been as hot as the largemouth, we’ve still had dozens caught this past week. Like the one below. Along with soft plastics, crankbaits have worked well for the smallmouth. And of course, leeches have also done well. 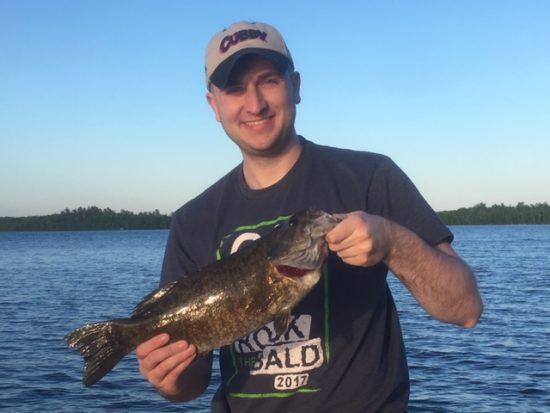 And of course, northern pike are still everywhere! Spoons, leeches, crankbaits, swim jigs-it hasn’t mattered. They seem to attack anything that “swims” by. 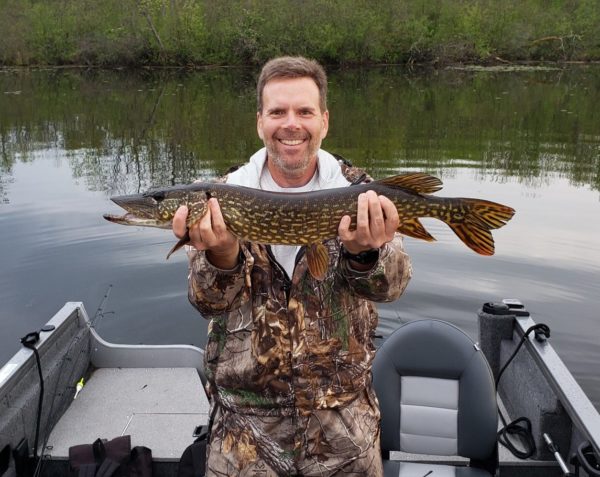