Over the last few years we have been noticing a trend of people asking about bigger cabins. As we looked over the last few years of reservations it was clear that the larger cabins occupancy numbers were considerably higher. So after much consideration we decided to add another cabin for the upcoming season at Birch Forest Lodge. Today we’d like to introduce you to our newest Minnesota cabin rental at Birch Forest Lodge! Currently named “The Retreat” here is a little info on our new 4 bedroom 2 bathroom cabin.

We started the permit process in July and were excited when we broke ground in late September.

First we had to dig footings.

Next we had to put in a new septic system, run water, electrical and propane lines to the cabin. Once we had all that done we paused the project for some other projects were were working and when we finally got back to the project it was much colder…

Next the crew did the floor joists, floors and decking. Then the logs started being brought in.

Each log was fitted into place and then glued and finally screwed down. This whole process was relatively fast for the first floor. 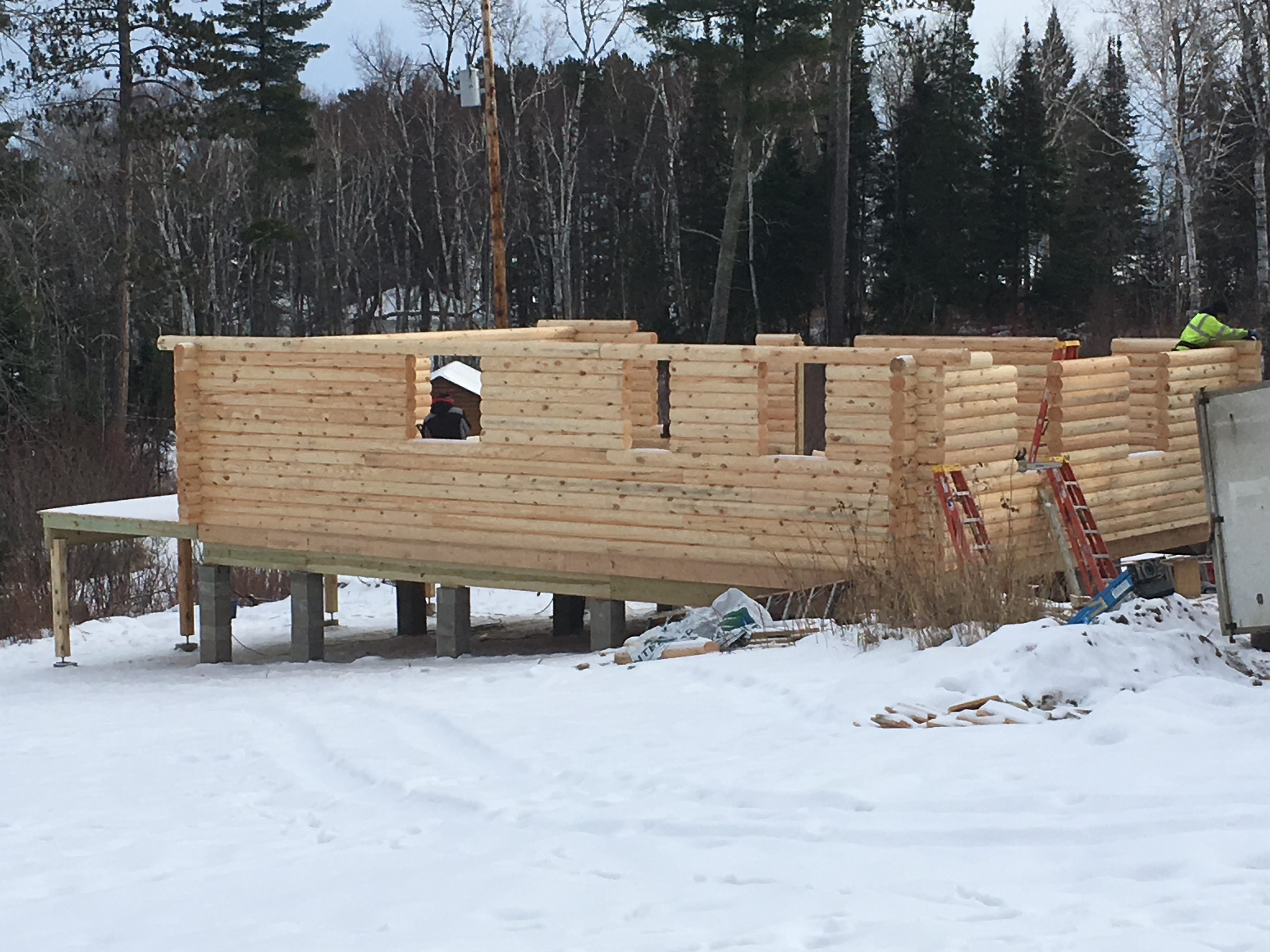 Once it came to the second story and the roof the work slowed down a bit.

Once the roof went on the next step was to put in doors and windows. Now it looks like this from the outside.

Currently the inside is pretty bare.

I started framing the interior walls this weekend. Should have the whole thing finished by early May. Cabin will have 4 bedrooms with 8 individual beds(2 queens, 2 fulls, 4 twins) and 3 futons that fold down for an additional 3 beds. Cabin will have heat, A/C and a gas fireplace. Gonna be awesome!