Water temperature is now up to 72 degrees. After a week of sunny days and temperatures around 80 the last two days saw highs in the 50s!

Crappie-Saw more Crappie caught this week. Several boats went out and brought back around a dozen Crappie. Crappie are being caught on worms now. 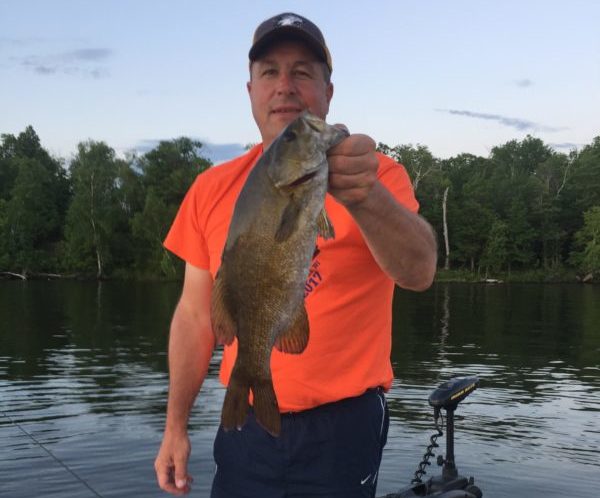 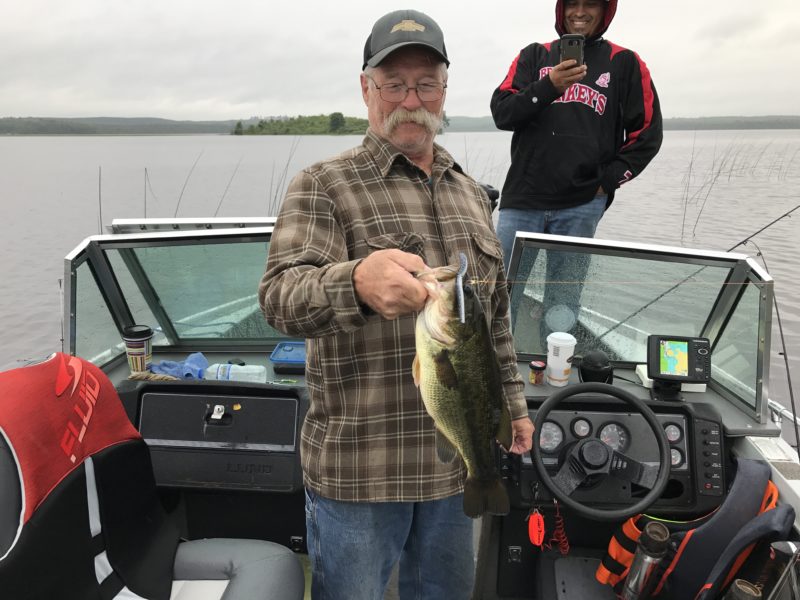 Largemouth Bass-Along with some very nice Smallies being caught are many largemouth bass as well. They are being caught along weedlines, lily pads and reeds. Saunders Bay on the west side where the reeds come up has been hot for largemouth. This lunker was caught on a 5 inch senko wacky rigged. Color was a bluish with white bottom. 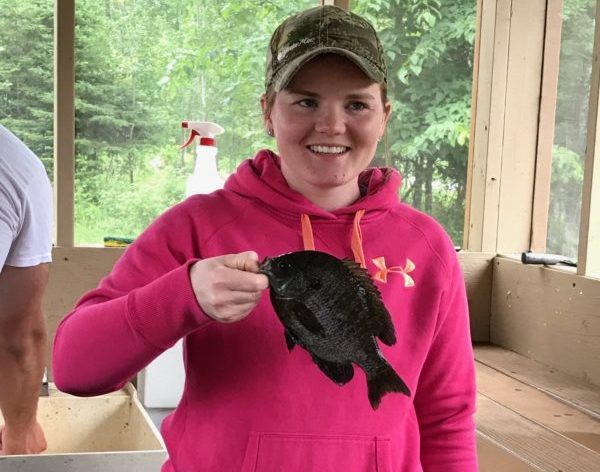 Bluegill-Lots and lots of Bluegill being caught. Pretty much all of them are being caught on worms. Bluegill have been caught in dead head bay, Saunders bay, Orr bay, amongst the islands and on the dock (catch and release only on the dock!). While we’ve seen some nice Bluegill come in, including several that weighed in at a pound, the following has been the talk of the lake. 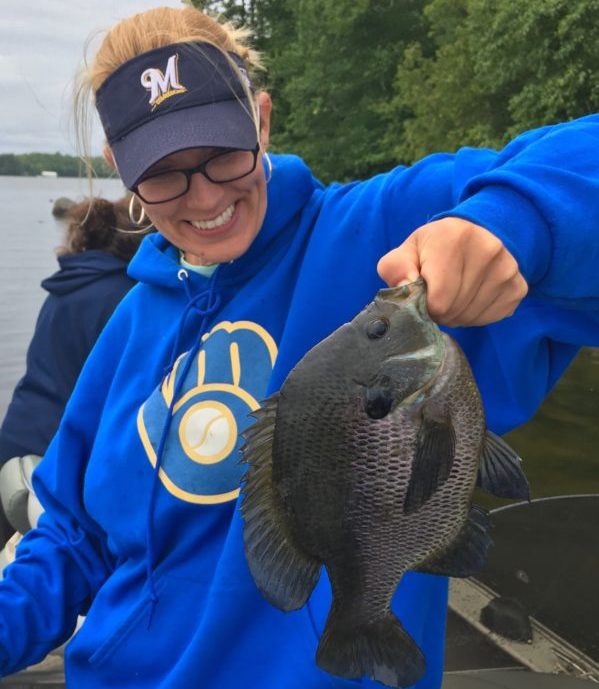 While this person didn’t stay here at Birch Forest Lodge, I’d feel amiss if I didn’t share their photo! Weighing in at over 2 pounds this is truly a Giant Bluegill! 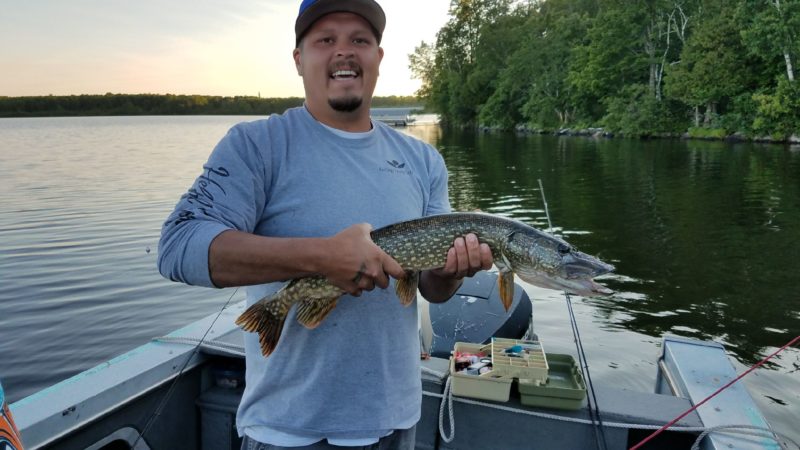 And of course, we are still seeing loads of pike such as this one caught every day. No walleye were reported caught by guests this week.