Water temperature is at 69 degrees. We did see temps get up to 72 degrees early this week, but a major rain storm (almost 4 inches of rain) dropped the water temperature back below 70.

Crappie bite is definitely slowing down. We are still seeing Crappie come in almost daily but not in the numbers we had been seeing. Yesterday Crappie were being caught best on a gold 1/8 ounce jig with a worm. 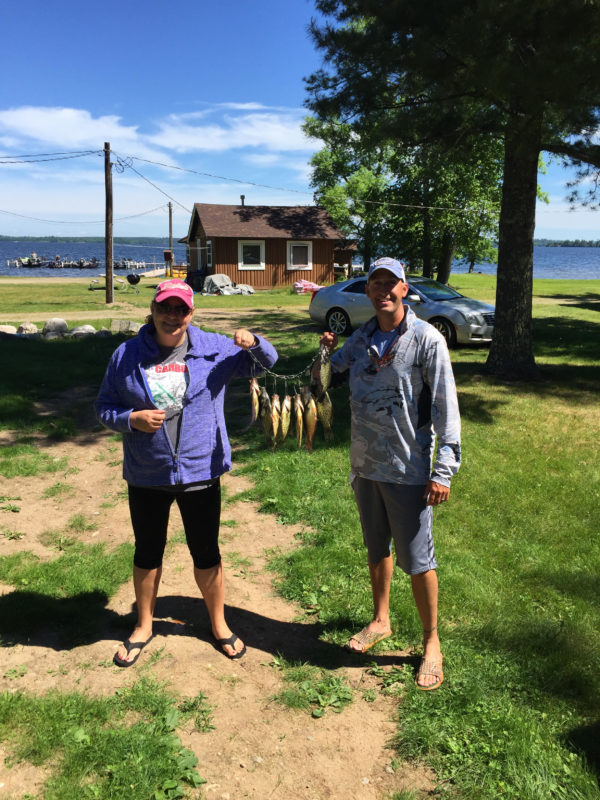 Smallmouth bite is still very good. Just now starting to see the first signs of top water action coming on. lots of 17-19 inch Smallies being reported. Largemouth have not spawned, all over in the weed beds. Yesterday I went out fishing and we found the Largemouth in the lily pads. 5 inch Senkos and Leeches seemed to be the best. Frog lures also worked well.

Still seeing a lot of perch being caught.

Bluegill are everywhere and love worms.

Somewhat surprisingly, we are still seeing a lot of very nice Walleye being caught. In the last week we’ve had two 30 inch plus walleye and one 28 inch Walleye brought in. One of the 30 inch was successfully released and a graphite replica will be made, the other was kept and is being delivered to a taxidermist. The 28 inch was also successfully released. This nice 25 incher was also caught this week. 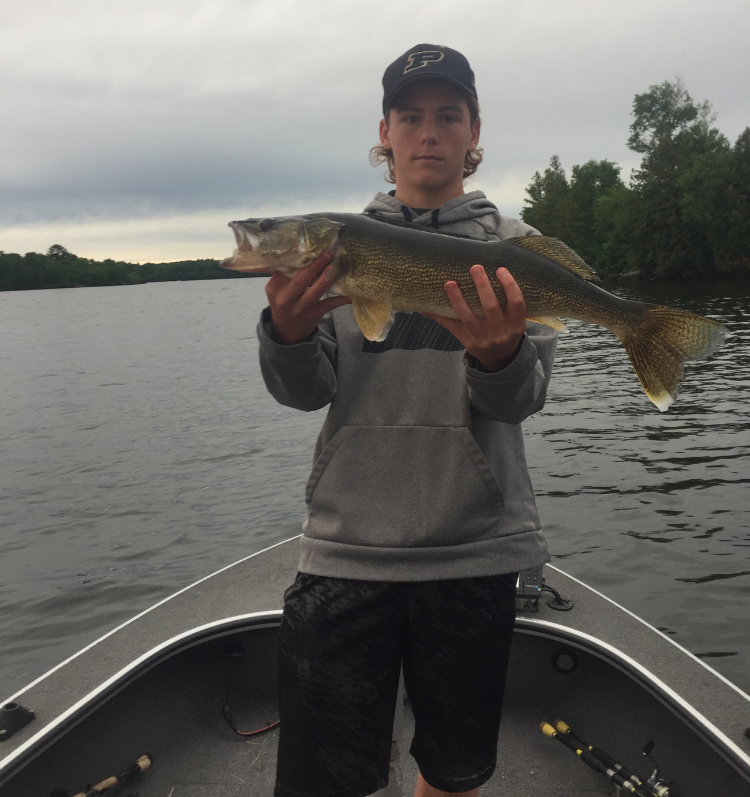 Pike are still everywhere. Meps spinners and spinner baits have been good for pike. A 35 inch/12.5 pound Pike was caught and released this week!